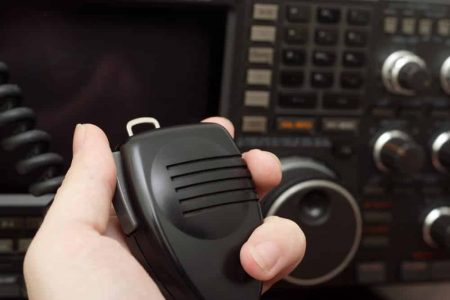 Ham radio or ‘amateur’ radio serves as a reliable communication system, especially during emergencies and crises.

Many people view Ham radio as an archaic technology that is only useful to the security forces for emergency communication or in fantasy movies.

Still, its importance is far extended beyond this view. Via this system, reports such as life-threatening issues can be relayed to the relevant authority from the people, and vice versa.

This wireless technology can as well be used for a non-emergency situation for broadcasting reliable information between locations and also from the space station.

Its importance cannot be overemphasized; hence, it is strictly regulated by the government that it requires getting a license to operate.

Besides all these, through Ham radio, you can get much useful and reliable information from the authorities and listen to important conversations and news about current happenings.

In this article, we’ll show you how to use ham radio without a license.

When Can You Use Ham Radio Without a License?

Most people are shying away from HAM radio due to the need to obtain a license.

Their reasons might not be far- fetched-either they don’t want to be monitored by the government, or they just don’t want to spend the effort or time to obtain it.

Although operating the Ham radio in some ways without a license is forbidden by the government and may lead to penalization if you get caught.

Irrespective of the government policy regarding licensing for Ham radio, in actuality, there are still many occasions you can utilize the Ham radio without the worry to get the required license.

Below is a list of ways for which you can use the Ham radio even without a license:

FM radio: You can use the Ham radio to listen to music, news, program, etc. on your local FM stations without being licensed.

Emergency weather: Through Ham radio, you can listen to live official weather broadcasts to get instant information regarding your locality’s weather situation without a license.

Anyone can listen to local amateur radio transmission without the fear of being fined or other punishment.

Local Frequencies and Municipalities: Local radio frequencies can be scanned and used without the need for a license.

Although some cities and states prohibit the use of scanners, hence, you need to check with the local law and utilize it accordingly.

How You Can Listen To Ham Radio Without License

Everything in life has a process of operation. Listening/using the Ham radio requires some processes, knowledge, and things to put in place before it can be fully set.

Below, we would be revealing some of these processes/ways through which you can listen to Ham radio without a license or government interference.

01. Process – Get the ideal equipment

The first step towards operating the Ham radio and, of course, the most important thing is getting the necessary equipment capable of properly demodulating the signal.

You need to come to terms with yourself to determine what suits your condition most, whether you need a mobile operator or small receivers, especially if it is your first time obtaining this device.

Another thing to consider is whether you need a new or used device.

After deciding on your choice, you can seek recommendations from either family member, a colleague, or friend that is conversant with the device to direct you to a reputable seller.

You may also search the internet for a trusted vendor, and through reviews from past customers, you can ascertain if it is worth buying from the seller so as to get what would give you the best value for your money.

You don’t have to shy away from spending time doing due diligence to get the device that would serve you for a long time, making you happy.

Hence, it is important for you to understand the basics before you take such risks. Taping FCC frequencies can get you tracked down and penalized accordingly.

Therefore, if you only use your radio for listening purposes, being tracked by FCC is nearly impossible.

03. Understand all the basics

It is still pertinent to know how to use the Ham radio even without a license. Learning how to tap frequencies is important as it would aid you in transmitting messages in any frequency you want.

It is only when you are conversant with the basics before you can start operating the device for emergencies so that you would not tap on the wrong frequency.

Understanding the basics would help you to use the equipment without a license easily.

04. Use it in time of disaster or emergency

Even though you are not licensed, consider using the Ham radio when disaster strikes or in times of emergency.

Reasons Why You Shouldn’t Get The License

Everyone who wants the Ham radio needs it for different purposes.

No one would trouble you, or it is neither against the law if you only just listen to the radio.

However, if you intend to use it for commercial purposes, communication, or other things, it is necessary to get the license to avoid going against the government, which would put you in trouble.

In a nutshell, it all depends on the individual purpose of utilizing the Ham radio before determining whether it worth getting the license or otherwise.

The benefits of using a licensed Ham radio are numerous. Being licensed gives you the freedom to explore the vast features and functions of the Ham radio without the worry of being tracked and penalized by the government.

Once you get the license, you can freely use all its functions in many ways as you want. Some of the benefits of using a licensed Ham radio are highlighted below:

Unlimited frequencies: The Ham radio has different frequencies to transmit on. As a licensed operator, you have the privilege to access all the frequencies above 50MHZ without government issues freely.

Unlimited communication: As a licensed operator, you can freely communicate with a vast international community.

You can also regularly tune into radio frequencies where you can talk with other people to discuss common interests, pass important messages, and send a written confirmation of your discussion over the waves.

Besides, you can even communicate with astronauts in the international space station.

Community service: As a licensed Ham operator, you have the privilege of volunteering, such as providing a wide range of community services in times of disaster or crisis when all other communication technology might fail.

During the time of a disaster, a licensed Ham operator can freely use it to communicate critical information to help those in need.

Besides, you can also work with public service agencies to offer relief services to people during a crisis or natural disaster.

Irrespective of the many benefits attached to obtaining a Ham radio license for a full range of operations without government issues, there are still some cons involved.

The time required and the hassle to go through the process of obtaining the license is one thing to worry about; you don’t have the whole time to spend in getting all the licenses to operate the Ham radio.

Another thing to consider is the need to write an examination and the fee before the license can be issued.

Before a license can be given to you by the FCC, you would be required to write an examination to ascertain your knowledge about the device technicality, the protocols involved, and the regulations.

One other thing is the government issue; as a licensed operator, you would be under FCC close monitoring to ensure you do not bridge the set protocols and regulations. All these are some of the disadvantages of obtaining a Ham radio license.

Easy Guide to Operating Ham Radios Without a License For Beginner

If you are looking for a manual or guide on how to easily and fully understand the basics of Ham radio, the process involved, the necessary equipment required and how to operate it without a license, you can obtain this from Amazon via this link:

This guide is specially prepared for beginners who do not know much about Ham radio. It consists of easy compressive steps ranging from obtaining the right equipment to assembling it to using it without a license.

FAQ’s of How to Use Ham Radio Without a License

How does a ham radio function in times of a disaster?

Ham radio operators become active during and after disasters that might have damaged regular communication infrastructure to set up and run local coordinated communications for emergency authority and government and non-commercial contact for the private people affected by the disaster.

What Can Go Wrong if Your Radios are Unlicensed?

Operating an unlicensed radio would lead to many troubles. Federal legislation generally forbids radio broadcast without the FCC giving a license.

Anyone found using an unlicensed radio can be tracked by the FCC and subject to a range of compliance measures such as seizing of the equipment, fines, etc.

Can I Listen to Amateur Radio Without a License?

The answer is Yes. Just listening to Ham radio does not require a license, except you want to use it for other purposes.

What Happens if You Get Caught Operating a Ham Radio Without a License?

There are many punishments attached, including being fined or seizing your device or being subjected to other civil and criminal punishment.

Can I listen to official broadcasting with a Ham radio?

Yes. It is possible to listen to official broadcasts such as the fire department, police scanner, emergency management agency, emergency weather broadcasting, and air control.

Why do I need a ham radio license?

It is necessary because it would help the communication regulatory body and FCC monitor and ensure that you do not use other frequency bands that are not available to your radio.

It also allows you to learn radio protocol so that your operation on the Ham radio bands do not interfere with other Amateur bands.

What is the purpose of Ham radio?

The purpose of Ham radio includes non-commercial message exchange, self-training, wireless experimentation, private recreation, emergency communication, contesting, and radiosport with the use of the radiofrequency spectrum.

What is the cost of a Ham radio license?

In the US, the FCC issues the license for free and does not require any fee. Nevertheless, you would be required to pass a written examination at about $15 cost and only be taken by the individual who needs the license.

The importance of Ham radio is tremendous. One aspect of it is its usefulness in times of crisis and natural disaster when all other communication infrastructure might have been damaged by a disaster.

Aside from this, Ham radio is also an important tool for communication with people within your locality and across the globe.

Considering its important functions and the benefits it holds, getting a license for your Ham radio is very necessary.

It would offer you the privilege to freely explore the functions in entirety without fear of being tracked by the FCC and penalized afterward.

Although using the Ham radio just for listening does not require obtaining a license, it would be ideal if you get the license so you can enjoy the freedom to utilize its whole function for a wide range of benefits and avoid the risk of being penalized by the government.