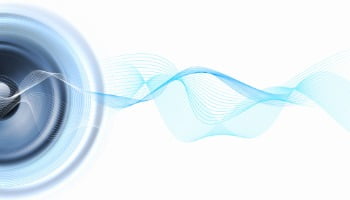 Radio interference is always a hassle. Not only is it very annoying, but it can also be very hard to eliminate.

For these reasons, we have written this article on how to stop radio interference in speakers.

As you can imagine, there are quite a few things you need to consider, as there are many things that could lead to radio frequency interference.

Fortunately, here you will find solutions regardless of the cause of the problem you are facing. You will learn both how to identify the source of the interference, but also how to eliminate it and protect yourself in the future.

Much of the solution to this issue is that the source of the interference is difficult to detect. Its cause can be a failure on your end, a failure of a transmitter or something else.

What Is Radio Interference?

RFI or Radio Frequency Interference is what happens when a device picks up unwanted radio signals from the air.

This device can be a radio receiver, but it can be many other things, such as speakers. In this article, we will focus on them.

Interference can manifest itself in many forms: most often you’ll hear humming or buzzing, but you can even hear voices, music or whatever is being transmitted on that frequency.

In any case, it’s always going to be unpleasant and unwanted, which is why you’ll find out how to stop radio interference for good.

There are multiple things that could cause interference. The culprit might even be one of your devices or components, so you have to take that into consideration as well.

To figure out which one is the problem, you need to listen carefully to the sound from your speakers.

How To Stop Radio Interference?

Here are a few things you can do in order to stop radio interference. We will elaborate on each one of those later.

How To Prevent Radio Interference In Speakers

It’s always better to prevent than to try to solve a problem, isn’t it? In this section, we will give you some tips to prevent and eliminate radio interference.

In case the ones here don’t work, we recommend you to check out the next section, in which we address other problems that only sound like radio interference, but are actually caused by other things.

This is the easiest and the first thing you should do when facing radio interference in your speakers.

If the wire is perpendicular to where the radio transmitter is, you’re going to receive much more radio signal than if it pointed directly to the station or the tower.

Since this is the case, try to point the wire in another direction, or at least change its position.

We know that you won’t always have the possibility to do so, so let’s move on to the next thing you can do.

02. Putting On Some Ferrite Cores

Ferrite cores can be a great help, not to mention that they are very easy to use. All you have to do is attach one or two ferrite cores to your speakers’ wires.

We recommend that you position them closer to the speakers themselves. If done properly, this should drastically reduce or even eliminate radio interference.

These ferrite cores are also called ferrite beads or chokes. You can get them on many websites for a very convenient price.

If the last two steps didn’t work, you should be wondering whether the problem is inside the computer you are using or not.

It sounds weird, but many people on the internet have encountered this problem. They also tried doing the basic stuff, such as placing the wires in a different manner, and it didn’t work.

The speakers kept playing random radio transmissions, which made the users think interference was the problem.

What worked for them, however, was checking for rootkits and using Malwarebytes.

Unshielded wires can act as an antenna and, as with antennae, longer wires catch radio signal to a greater extent than shorter ones.

By using shorter wires, you can at least reduce the radio interference that’s bothering you.

You don’t necessarily have to purchase shorter wires. Instead, you could coil them and then tie them together to keep them in place.

If nothing works, shielded wires will almost certainly stop all radio interference from going into your speakers.

As with ferrite cores, you can purchase shielded wires on the internet, although buying the right thing might be a little bit more difficult.

Remember to only buy what fits your needs, and only if you’re certain that shielded wires will block radio interference.

As we said, make sure the problem is not inside your computer. In other words, make sure you don’t have a virus that automatically plays radio stations.

If you have reached this point, it means that you have tried everything and the problem still didn’t go away. The chances of having radio interference after you have followed all our tips are minimal.

But there is one more thing, and that is to contact whoever owns the transmission. If there is a radio station nearby, you should contact the owner and tell them about the interference that you’re dealing with.

It is possible that the equipment of their radio station is faulty, and most likely that they will be willing to fix their own problem.

07. Reporting The Problem To Fcc

If you have come to the conclusion that the interference is caused by faulty radio equipment but the owners are not cooperating, it is time to contact the FCC.

The Federal Communications Commission (FCC) regulates any communications by radio, meaning it’s their duty to help you in scenarios like this.

However, we recommend that you follow the steps above. Contact the FCC only if you did your best to eliminate radio interference and ultimately failed.

Radio Frequency Interference How to Find it and Fix it

First of all, we need to understand what kind of interference we are facing. Depending on the sound emitted by the speakers, we will know what to do next to get rid of it.

We have already established that radio interference occurs when your device receives signals from radio stations or radio towers, but there are other types of interference.

Move your ear closer to the speakers. What do you actually hear? There are only a few things that you could hear: hums, buzzes, noise and, last but not least, voices, music and anything that sounds like a radio transmission.

If you do hear the latter, then you are dealing with either radio interference or a computer virus, but if you hear other strange noises, it usually means that the problem resides in a faulty device, whether we’re talking about the speakers themselves or something else in their vicinity.

It sounds complicated, but you can start with a few basic things. Move the speakers to another room and even connect them to a different computer.

If the humming stops, it can only mean that one of your other devices was causing electrical interference.

But if the humming persists, the faulty device might be the speakers themselves, so you might consider buying a new stereo setup.

No one expects this, but many people have reported having computer viruses that basically made the speakers sound as if they were catching a radio transmission.

Before unplugging the power cord, unplug the audio cable from the laptop or computer that you are using. Is the radio interference still happening? If not, then you may be dealing with a computer virus.

Another sign, perhaps even more obvious, is that an slider will appear in the Volume Mixer of your computer. You’ll notice that if you move the slider up or down, the volume of the “radio” will also change.

If this is really the problem, then we are not actually facing any kind of interference.

Wires that are not very well shielded might capture radio signals from the air, especially if there is a radio station or a radio tower nearby.

But how do we know if it’s a virus or a real radio interference?

First of all, in Volume Mixer you will find a dubious slider that changes the transmission volume only if you have a virus, whereas radio interference will happen regardless.

Try moving the wires a little bit. Change their position, coil them a bit, put them at a different angle. Simply put, move the wires in several ways and see if the interference disappears or at least decreases in intensity.

If it works to some extent, you can now finally say that you’re dealing with real radio interference.

The Solutions To These Issues

In the case of electrical interference that results in humming or noise, you can keep the speakers away from the cause of the problem.

If not, you can buy a set of ferrite cores and wrap them around your speakers ’wires or replace the wires altogether. If not, then perhaps it’s time to buy another pair of speakers.

As for computer viruses that automatically play radio transmissions through your speakers, many people have managed to solve this problem with Malwarebytes.

It might work with other antivirus softwares as well, but you’ll maximize your chances with this one.

If you’re dealing with actual radio interference, however, you might still want to use a pack of ferrite cores. Additionally, coil your speakers’ wires in order to make them shorter.

The longer the wires, the more they act as an antenna, meaning they will receive signals from the air to a greater extent.

Q: What can I do to block radio interference?

A: First, you should try moving the wires of your device a little bit. Place them in a different angle. If that doesn’t work, put a couple ferrite cores on them.

A: If you’re experiencing radio interference, you can probably hear an actual radio transmission. This means voices, music, and so on.

Obviously, the transmission might not sound very clear, case in which you will also hear some static or noise.

Q: What’s the difference between radio interference and noise?

A: While radio interference is caused by other radio transmitters, noise and other strange sounds are the results of the electromagnetic interference produced by other devices in your vicinity.

When dealing with RFI, you should be able to hear voices or music, which doesn’t happen in the case of electromagnetic interference.

Q: Why do my speakers make a buzzing or humming sound?

A: It usually means you are experiencing electromagnetic interference caused by some faulty device or component in the vicinity of your speakers.

We have covered a few ways of eliminating this issue in our article, so make sure to read it.

Q: When does radio interference occur in speakers?

A: Generally speaking, your speakers can pick up radio signals from the air if there is a radio station or radio tower nearby, especially if your wiring is not shielded.

The main issue with radio interference in speakers is that many times, the cause of the problem is not the speakers themselves.

Sometimes you do not have direct access to the cause of the problem, as this may even be the faulty equipment of a radio station.

However, there are some steps you can follow in order to prevent and eliminate these anomalies once and for all.

Last but not least, the most important piece of advice you can follow in this regard is to make sure that the devices in your home cannot be affected by unwanted radio signals.

1 thought on “How To Prevent Radio Interference In Speakers: How to Stop Radio Frequency Interference”