How Does A Radio Wave Differ From A Sound Wave?

We all have heard about radio waves and sound waves, but how does a radio wave differ from a sound wave?

Yes, they both are waves, and they obey the wave equation. They are just dynamic, organized disturbances that carry energy and are caused by certain factors.

But their physical properties, i.e., the way in which they behave, are very much different.

We will talk about their differences later on in this article but first, let’s look at their definition and properties.

What are radio waves?

Radio waves are a type of electromagnetic wave that does not require any medium to propagate.

They have the longest wavelengths in the electromagnetic spectrum. As they have a longer wavelength than visible light, our eyes cannot see them.

The wavelength of radio waves varies from a few centimeters to hundreds of kilometers.

The speed of these waves depends on the medium, but in the vacuum, they travel at the speed of light.

*Note- Wavelength is the distance between two successive crests or troughs of a wave.

How do radio waves work?

Cell phones, radios, televisions, radars, and many more things work with the help of radio waves.

Now, understanding the working principle of radio waves can be a little bit confusing. But, don’t worry, the main concept is easy.

Naturally occurring radio waves are generated by lightning, radiation, or other phenomena.

Artificial radio waves can be made by the accelerated movement of charged particles in their fixed places.

Suppose we take a conducting wire and pass an alternating electric current through it. The current will create positive and negative charges inside the wire.

That charge will result in the formation of an electric field around the wire. As the flow of electricity is alternating instead of direct, successive field lines will form.

These field lines will propagate in the form of a wave.

Nowadays, with the spread of the internet, we don’t generally come across many radios.

But, in the 20th century, radios were the most popular ways of entertainment and communication.

You might know that a basic FM radio has different frequency channels. Every radiofrequency denotes a separate channel, and that channel is monitored and controlled by a radio station.

Therefore, another sound wave is overlayed on the initial carrier wave. Radio stations use a carrier wave with a constant amplitude but with different frequencies.

The antenna of a simple FM radio catches the signal. The signal gets separated from the carrier wave by your radio’s demodulator.

Finally, the speaker converts the signal into sound waves by vibrating in the same amplitude and frequency, allowing you to listen to your favorite station.

What are sound waves?

Sound is a disturbance that travels as a mechanical wave through the particles of a specific medium.

Particles of any medium vibrate orderly or unorderly in their positions. These vibrations produce a sound that we hear.

Sound waves aren’t very fast, and they travel at a speed of 343m/s in the air.

Depending on the type of vibrations, sound waves can be longitudinal(up to down vibration) or transverse(left to right vibration).

*Note- Sound waves cannot form in the absence of any medium 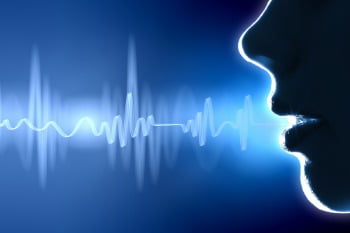 How do sound waves work?

We hear different kinds of sounds every day, ranging from loud noises to soft whispers.

The working principle of sound is rather simple and easy to understand. Let’s take an example to understand sound.

Suppose you’re playing guitar. For producing music, you need to strum your fingers. Notice that the strings vibrate in an up-down motion.

Now, if we look closely, we can observe the molecules of the strings moving at their mean positions (only an assumption).

The movement of the molecules in the upward direction compresses the surrounding air molecules.

After that, the molecules move downwards, and the air molecules expand. This continuous expansion and contraction form a wave, and thus the sound is produced.

How Does A Radio Wave Differ From A Sound Wave: The Difference Between Radio Waves And Sound Waves

Frequently asked questions on how does a radio wave differ from a sound wave?

What is the radio frequency which is harmful to humans?

Radiofrequency is monitored strictly by Federal Communications Commission. According to them, 30-300 MHz is the limit of exposure for the whole body.

Why do radio waves travel faster than sound waves?

Radio waves are electromagnetic in nature, meaning that they behave like light under general conditions.

They are created by the acceleration of charged particles. Sound waves, on the other hand, are just the continuous compression and expansion of the molecules of the matter.

Even if the medium is super dense, sound waves cannot reach such high speeds as radio waves.

Technically, yes, radio waves cannot stop until they hit something or are absorbed by any kind of object.

The first radio waves which are sent from Earth into outer space have most likely reached a distance of 200 light-years if they aren’t obstructed.

Why can we not see radio waves?

Sound cannot be heard in outer space. Why?

Sound waves are formed from the movement of molecules in their positions. Outer space is mostly vacuum.

In a vacuum, there are no such molecules that can vibrate, so sound waves cannot form. That’s why we cannot hear any sound from the sun or from other planets.

Why sound travels faster in water than in air?

The speed of sound depends on the nature of the medium.

If the medium is denser, sound travels faster as it will be easier for the molecules to make more waves in a short time in the denser medium.

But in denser mediums, the amplitude of the sound decreases, so the sound becomes less loud.

Though both of them follow wave equations, their physical properties are completely different from each other, and they also have different purposes in our lives.

We hope that, with the help of our article, you have got the basic idea of the differences between them. Feeling smarter, right?