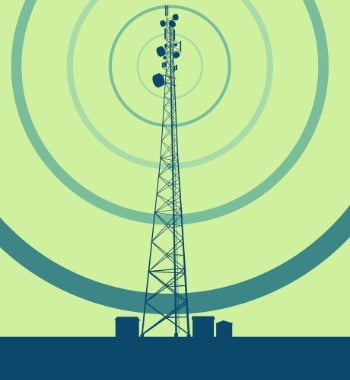 The history of the radio is much older than most of us. What we call a radio today dates back to as far as the early 20th century.

From its inception, the radio has remained an efficient means of mass communication to date.

Although it may not be as famous and renowned as this generation, it is still revered in information technology.

The invention of the broadcast radio was a technology that was greatly welcomed by the listening public due to its delightful privileges and potentials.

It was the first medium that provided news to the public over the airwaves.

Between 1920 and 1945, radio evolved into the first type of electronic information dissemination system for the masses.

Radio – How Was The Term or Name Coined?

It won’t be easy to know how the term radio came into existence without looking at a brief history of radio.

Scientists initially used the term ‘radio’ to explain electromagnetic radiations employed in innovations such as radio-telegraphy (this was a means of transmitting messages in the absence of poles, cables, or wires).

Simply put, it was used to mean radiation or radiant.

Between the years 1886 and 1888, Hertz undertook studies that indicated radio or electromagnetic waves could travel through an “ether” at an incredible speed – light’s speed.

In the 1890s, scientists like Nicolas Tesla, Guglielmo Marconi, and a host of others developed transmitters, receivers, and conductors.

That invention made it possible for Morse code messages to be transmitted between distant locations without any poles, wires, or cables.

That was how the term ‘radio-telegraphy’ was born. Wireless telegrams were called radios or radio-grams.

These terms help to explain why Marconi and Tesla were deemed to be responsible for what we describe as the wireless telegraph today.

I’m pretty sure you now understand how the name radio came into existence.

In 1894, it was believed that a young Italian scientist by the name of Guglielmo Marconi woke up one morning with a deep craving for long-distance wireless communication.

His ambitions could be traced to the existence of radio or electromagnetic waves.

Marconi felt the world could do much more with radio waves than just thinking of them as electromagnetic waves.

Therefore, he sourced as much literature as he could find. He combined that literature with the ideas of other scientists and ended up building the first set of portable transmitter and receiver devices.

These devices could function between distant locations. While Marconi can be credited for his invention, he built on the many experiments of his predecessor scientists.

He was able to make a useful device out of what was formerly perceived as a mere experiment.

A year later, Guglielmo Marconi had advanced his system enough for field testing.

After several adjustments and tests, his devices could only do as much as transmitting signals to 1.5 miles.

Interestingly, that same distance was predicted by Oliver Lodge to be the highest distance his radio signals were going to travel.

History of The Radio

Right from its discovery before becoming what it is today, radio has evolved through various exciting phases.

We will go through the different stages of development in this section.

In 1900, the first wireless transmission of the human voice was accomplished, thanks to Roberto Landell de Moura.

He had undertaken a public exhibition before some journalists on the 3rd of June that year.

Everything happened somewhere in Brazil, Sao Paulo. The signal was able to travel up to 8 kilometers.

The remarkable thing about radio in 1920 is that it was marked as the first time a news program was broadcast over the radio.

That happened somewhere in Detroit, Michigan. It is a news station that CBS Network owned.

It is equally on record that the first college station to broadcast also did that in 1920.

Radio technology was still very young when WWI took place. Back then, the most sophisticated military gadgets could only manage short-range communications.

The military radio was still using vacuum tubes for its operation.

That means it was so large that you could hardly move it around.

On that note, the Americans somehow tweaked the existing radio.

They developed what was known as the horse-pack set, which employed a hand generator tied to a horse.

Telegraphs or wired telephones were more reliable compared to radio transmissions during World War I.

1940 saw commercial television transmissions come into the limelight. It took off in Europe and North America.

But before this time, radio has been used to transmit images that could be made visible on TVs.

The 1940s also came to be known as the Age of Golden Programming for radio shows.

Before the dawn of the Second World War, radio has become a common means of entertainment and information.

As with every other aspect of the entertainment industry, the government had a firm grip on radio stations, which led to censoring many of their programs.

Radio became the source of series of propaganda in WWII as authorities looked for any means to keep the spirits of its citizens high.

With the ongoing research in the 1970s, it was only a matter of time before the era of digital radio was born.

As the 1980s came to an end, Asad Ali Abidi came up with a radio transceiver system that unveiled digital signal processing within wireless communications.

It was a discovery that was going to give birth to more advanced radio technology.

As the 2000s gradually made way for us to access the 21st century, more advancements were going to behold radio systems.

Radio broadcasting was going to have a new face. In the U.S., direct radios and DBS became known.

That said, the most notable thing about the 2000s and radio is the introduction of internet radio.

It was a stand-alone arrangement that let people listen to the radio without PCs.

In 2021, internet radio is no longer new. The technology has been perfected much better than it was two decades ago.

In 2021, broadcast houses have adopted the act of extending their transmissions to live streaming on various platforms.

It meant you could listen to a radio program you missed anytime you wish.

When were radio waves first used?

After his demonstration in Sao Paulo, de Moura imagined he could benefit more by patenting his discovery in a place like the U.S.

Fortunately; he got what he bargained for even though it was not an easy process.

And that was what laid the foundation for radio broadcasting in America.

Reginald Fessenden would be credited for the first radio waves that will hit the airwaves with the help of an asynchronous rotary-spark transmitter.

It was the first official AM radio transmission, happening on the 24th of December, 1906.

What changes did the invention of the radio bring to Americans?

Americans have had that long-standing reputation of being great lovers of sports.

The Americans are not known for joking about their favorite sporting events.

They never liked missing any sporting occasion, which meant that passionate fans always filled sporting venues to the brim.

That was going to change with the introduction of radio broadcasting.

So, people now had the choice of catching their favorite sports on the radio.

It didn’t only reduce the number of attendees at the sporting venues but also made Americans feel more isolated.

Most times, they listened to the programs alone, and a culture of isolation was born.

History of the car radio

While work on radio technology began in the late 19th century, the first car radio was commercially unveiled by the Galvin brothers, Paul and Joseph.

This happened precisely in 1930. The two entrepreneurs called their radio Motorola.

They coined its name from two terms: automotive & Victrola (it was a machine used for playing records).

History of sports broadcasting on the radio

While sports broadcasting is known to attract the highest number of listeners, it was only introduced formally in 1920.

Since then, sports and radio have been like Romeo and Juliet.

Even though its debut was a great success, they didn’t give it much attention back at the time.

It was not until 1964 before a radio station built exclusively for sports came into existence in NYC.

The station was practically dedicated to only sports broadcasts and commentary. Nothing more!

FAQ’s The History of Radio

What method is used to cover sports on radio?

Sport radio stations are often noted for their boisterous style and comprehensive analysis by a host and callers.

It has recorded high participation in recent times because sports fans see it as a platform to air their views on all sporting matters.

Hosts usually deploy a conversation style that sucked the caller into the discussion.

With live-action commentary becoming more widespread, many more people are beginning to love the idea of sports broadcasting.

Sports have found a place in the hearts of fans regardless of where it is being broadcast from.

How can I connect to ESPN Radio?

If you have to name some of the superpowers in sports worldwide, ESPN will deserve mention.

As a big coverage house that specializes in American sports, people almost cannot live without this station.

However, if you can’t afford to subscribe to those service providers that broadcast ESPN, you can follow them free on the internet.

Log on to TuneIn.com and catch all the latest sports gist on ESPN for no cost. Yes, you heard me correctly; you are listening for free.

You also have the privilege of following your favorite games on the platform. Get started by clicking on the play button.

Is it possible to listen to the radio via the internet?

Technology has also made listening to radio programs a lot easier today. You can listen to radio stations with the help of a smartphone.

Several radio apps can allow you to do that conveniently. You can download them on the App Store or PlayStore for iOS and Android, respectively.

And it is also noteworthy that you wouldn’t have to pay any money before using the majority of them.

It is also essential to understand that you cannot use such services without an efficient internet connection.

What is the difference between online radios and streaming services?

They are almost the same in that you need the internet before you can use both services. However, there is a slight difference between them.

You can either listen to it live or catch them later. Radio stations are now employing streaming services on social media platforms and their various websites.

It has often helped get their content to a wider audience even when they can’t follow their programs live.

Who was behind the discovery of radio?

Marconi has been credited for being the brain behind the radios we see today.

Like many other discoveries, he consolidated the ideas of others and examined previous literature on the subject.

His passion and belief in radio waves led him to the ground-breaking discovery of the radio.

Unfortunately, his radio was unable to travel the kind of distance he would have preferred.

The radio may be a complex composition of various electronics components today, but it sure started as a pretty simple setup.

No matter how radio technologies have become today, they were built upon his simple radio setup.

Radios have been used in various capacities over the last centuries.

We also learned that the first official radio broadcast from a radio station took place in 1906.