What is RDS Radio/What Does RDS Mean on a Radio? 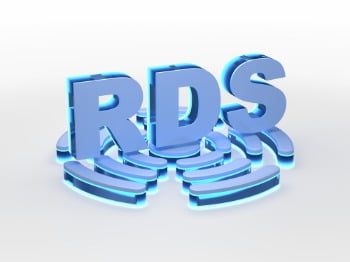 Radios can be complicated. Since they were first conceived and until now, radio technology hasn’t stood still at all.

On the contrary, we could argue that radios have remained relevant to this day precisely because of the constant upgrades over time.

One such upgrade would be RDS. After reading this article, you will know what RDS radio is, how it came to be and how it helps us every day.

As you will see, this communications protocol has allowed radios to be much more than just simple devices that receive certain electromagnetic waves.

What Does RDS Mean on a Radio?

RDS stands for Radio Data System. The U.S. version of this has a slightly different name (RBDS or Radio Broadcast Data System) but the facilities are almost the same.

Nowadays, Radio Data System is used by almost all radios, especially by car radios. The benefits it brings are useful especially for drivers who travel long distances by car.

Although this system was first developed and used in Europe, RDS has become popular all around the world due to its advantages.

What Is RDS Radio?

The role of the Radio Data System – or RDS – is to provide the radio listener with useful information, such as traffic reports, program information, and so on.

In addition to this, when the radio goes out of range of a transmitter, the radio will automatically re-tune to the nearest transmitter of a similar kind.

In this way, the driver no longer has to do this task manually.

Besides, these are just two of the many possibilities of using the Radio Data System. In what follows we are going to cover as many facilities offered by RDS.

Programme Identification is the most important code for the Radio Data System, as most of the other functions are based on it.

Every radio station has a completely unique 4-character code, called a PI.

Thus, it can connect to either of the two depending on which has a stronger signal.

Program Identification is one of the most fundamental features of RDS, and also one of the simplest.

By this, the name of the radio station is displayed by no more than 8 letters.

Moreover, most radios are able to associate PS (The Program Service Name) of a station along with its frequency and Program Identification code (PI).

This one is very similar to the first one, PS. Unlike PS, Radio Text is a feature that allows the radio station to transmit messages of up to 64 letters and numbers.

Most of the time, Radio Text is used to display the name of the song you are listening to, as well as its artist. In other words, a dynamic message.

There are stations that prefer to transmit a static message, such as a motto, etc.

If the radio is connected to the car, CT can also synchronize the time and date displayed on the car’s board computer.

Whenever the signal of a station becomes too weak, AF will re-tune your radio automatically to a stronger signal, as long as that signal belongs to the same transmission.

This feature is most useful on long trips, when the car (and implicitly, the radio) goes out of range of a radio station.

Without the driver having to get his hands off the wheel, RDS does all the work, re-tuning the radio to whatever the driver was initially listening to.

RDS has the ability to identify the type of each radio transmission. Thus, each transmission falls into one of the 31 existing types.

The most useful part of this code is that you can set the radio to a certain PTY. By doing this, your receiver will tune itself only to those stations of your preferred type.

PTY31 is intended for emergency announcements, in case of imminent dangers, natural disasters, and so on.

This is available both for the European RDS and the American RBSD.

With this exception, RDS and RBDS have quite different Program Types.

As an example, transmissions with RDS PTY5 are categorized as “Education” broadcasts, while RBDS PTY5 refers to “Rock” transmissions.

You can find the entire list of RDS Programme Types on the Internet, or you might even find them in your radio’s user manual … if you still have it, that is.

This feature allows the listener to stay connected only to those radio broadcasts that provide information about traffic in the surrounding area.

Again, this option comes in handy especially in cases where the vehicle travels long distances and has to tune-in to different transmitters along the way.

This feature plays a role similar to TP, with the difference that you don’t have to stay permanently connected to the transmissions that provide traffic information.

With TA, you can be tuned in to any broadcast. From time to time, TA will intervene to make an announcement about the traffic situation, and then the station you were originally listening to will resume.

With this function, you can even listen to music from a CD, USB stick, cassette, etc.

Before the TA announcement begins, the music will be stopped, and will begin once the TA message has ended.

The Benefits Of Using An Rds Radio

The Drawbacks Of Using An Rds Radio

No, because most radios already have this technology implemented.

Radios with RDS technology are not and should not be expensive. This technology first appeared in the 1980s.

This is why most devices today have already implemented this technology.

Because of this, the chances of having to buy an RDS radio are small, as your car radio probably already has this technology implemented.

However, if you plan on buying one, make sure that the product is compatible with RDS technology. Most radios have it written on their package.

The Future Of RDS

If you think that the features of RDS are looking good right now, you will be glad to know that things do not stop here.

At its 2015 annual meeting, The RDS Forum announced that RDS 2 is being developed.

At the moment, this project is still in the development stage, but things seem to be getting better and better.

The reason behind the decision to develop a new Radio Data System is simple.

The expectations of radio users are not the same they were 20 years ago.

They are no longer satisfied with using radio for the audio transmission and a few lines of text.

Obviously, other technologies have also evolved, such as the new smartphones and navigation systems.

Drivers have begun to prefer them, as we all expected because they accomplish many more things.

As a result, if the radio industry aims to remain relevant, it must keep pace with customer expectations.

The main difference between RDS and RDS 2 is that the new system has a far greater data capacity.

The result of this greater data capacity is that RDS will allow the sending of images and files of several kinds.

Q: What is RDS on my radio?

A: RDS allows your radio to receive additional information about traffic and the like from radio stations.

Not all radios host RDS services, just as not all radio stations use RDS technology.

So, if you do have access to RDS features, you should take advantage of them.

A: It stands for Radio Data System Program Identification. This is probably the most important code that RDS uses.

To put it simply, each transmission has a 4-character unique code.

When the receiver goes out of coverage of a transmitter, it will automatically search for a transmission with a stronger signal but with the same code.

This is just one of the functions for which the PI code is required.

Q: How does RDS radio work?

A: In simple terms, RDS is encoded by FM radio stations as a subcarrier of 57 kHz.

If your radio supports RDS technology, it receives this signal and decodes it, making all the features available to you.

A: Unfortunately, every car and every radio has a different way of turning RDS on or off.

We recommend that you first consult the user manual, if you still have it.

If you no longer own it, try looking either on a forum specialized on your car model, or consult a mechanic.

Q: Where is RDS used?

A: The Radio Data System is primarily used by car drivers. Even so, RDS can be used by tabletop radios as well.

But most of the services offered by RDS are designed for receivers that are on the move.

As an example, RDS has become popular mainly because it allows receivers to change transmission without driver intervention.

Another reason why RDS has become well known is that it provides traffic information, which could be helpful to the driver.

Q: What does PTY mean?

A: PTY stands for Programme Type. If your radio uses RDS technology, which is very likely, you can set it to automatically connect to transmissions of a particular type.

As an example, you can set it to tune only to News radio stations, which have “1” as their PTY code.

Most people are not even aware of what their radios can really do. As we tried to show in this article, the radio is not just a device that receives electromagnetic waves from the air.

With the help of RDS and its countless functions, the radio becomes an indispensable tool on long journeys, as it provides relevant information to the driver and makes his work much easier.

Who would have thought that radios could be so useful in this day and age, huh?

If you still don’t fully understand what RDS does, here you will find two videos in which the RDS functions are demonstrated.

In the first video, the radio auto-tunes from one frequency to another frequency of the same transmission almost seamlessly.

It looks cool, but it is also very functional because you do not want the transmission to be interrupted right when important information is being transmitted!

The second video features some of the other features of the Radio Data System, especially PS and RT.

But as the guy in the video says, not all radios use RDS, so be careful what you’re buying!