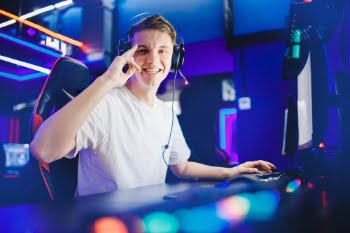 Are you one of the people looking for an answer to the stereo vs. joint stereo debate?

Or perhaps you’re just trying to figure out which one is best for your audio project.

Let me give you a tour of this little audio world.

An MP3 encoder, also known as a “codec,” is a program that converts digital audio recordings into MP3 files.

Most codecs are programmable, with various parameters affecting the size and sound quality of the resulting MP3.

The stereo format is one such parameter.

Some MP3 codecs only support regular stereo, but others help a second called “Joint Stereo.”

In this article, we are going to talk about these two types of codec and settle the joint stereo vs. stereo.

Without wasting much of your time, let’s hit the pedal.

The audio information on each way is slightly different, producing the stereo recording of depth illusion.

When encoded in a digital format such as MP3, WAV, or AIF, the two stereo channels are usually kept separate.

This is known as standard stereo.

Normal stereo has the advantage of permanently preserving actual stereo separation between channels, but it tends to increase file size.

In an attempt to mitigate this, joint stereo was invented.

What Is Joint Stereo?

Encoding an MP3 in joint stereo format saves space by converting all audio information are evenly split between the two stereo channels to mono while maintaining stereo separation for all other sounds on the track.

Although very low and very high frequencies are more likely to be shared equally between stereo channels, Stereo sound can also share different sounds such as drums and lead vocals.

It is possible to create high bit-rate MP3s with dimensions that are significantly smaller than those of standard stereo format using joint stereo.

How Does Stereo Work?

After we’ve established the preceding points, we can consider how stereo works.

As previously stated, this is a two-channel sound recording and reproduction system.

In the early days of music, a single channel was used, which gave the voices a “boxed” sound.

Stereo sound can make it appear as if the music is playing throughout the room.

For this, the same track is recorded on both channels precisely the same way.

When it is later reproduced, it appears to come from a third central channel.

This sound is referred to as stereo or phantom.

How Does Joint Stereo Work?

To understand how “joint stereo” works, keep in mind that the two channels are encoded separately in the signal and that a stereo signal has twice as many samples as a mono signal of the same length.

However, this is not always justified because the difference between the two channels is minor, if not non-existent.

The first method of using joint stereo is known as M / S (middle/side), and it consists of generating a channel from the sum of the two channels (middle = L + R) and one from the difference (side = LR).

The middle stream is encoded with more bits than the side, which is generally thinner at this point.

Furthermore, the difference between the channels may be zero in several frames, implying that the side is not encoded at all.

Joint stereo can reconstruct the original signal by noting that if you know the sum and difference of two numbers, you can always recalculate them by solving the trivial system.

Where K1 is the sample’s middle value, and K2 is the side value?

You should note that operating in this manner does not eliminate stereophonic differences; rather, it reduces redundancy.

Load a stereo file (possibly from a CD) into Cool-Edit as an exercise, then make the sum (careful not to exceed the maximum amplitude) and difference (sum with phase inversion) of the two channels and listen to the result.

As a result, it is theoretically possible to combine both channels’ super-low and super-high frequencies and encode them as one channel, saving 50% on certain bands.

The IS mode entails applying this reduction system, but only to the highest band.

This system, however, is by no means neutral (it feels), so it is rarely used.

Let’s get into the main topic of this article, the stereo vs. joint debate, and see what the differences are.

The sound in the stereo passes through two different channels as distinct entities; the sound of the left and right speakers produces specific sounds; in general, the sound quality is pure and not compressed.

The stereo size is much more significant because it accurately records the sound that has not been tampered with.

The primary goal of joint stereo is to save space by combining two distinct sounds, resulting in smaller audio file size.

The process is simple when the output of a stereo microphone is recorded on two audio tracks and played on two monitors.

Things get complicated when you want to mix narration, music and special effects.

This is where you need separate microphones for each element to create the best sound mix. in short, there are three ways of getting your stereo audios.

To begin, keep in mind that Joint Stereo is optional during the encoding phase and should only be used in signals with low stereophonic separation.

Some coders, such as LAME, can evaluate the degree of separation for each frame and then decide whether or not to activate it.

It can be entered in this case but not compelled to.

Various recorders allow you to combine eight to forty different soundtracks onto a single one or two-inch tape—using the SMPTE time code to synchronize two or more multi-track recorders.

Classical recordings are an excellent example of how to use a stereo microphone.

This is the simplest method of recording.

A stereo microphone is a pair of microphones that are assigned as a unit.

This method can produce a clean, smooth separation between the left and proper speaker channels; however, it is recommended to use two separate microphones for the best results when it comes to fine-tuning sound production.

The last and most popular method of stereo recording technique is the microphonic MS, which uses both a bidirectional and unidirectional microphone simultaneously.

The bidirectional mic’s polar pattern is aligned so that its areas of maximum sensitivity are parallel to the scene.

Whereas the dead Centre is facing where most of the dialogue originates and is covered by a directional microphone, the mic’s output is used to phase difference to produce left-right stereo using a complicated sound matrix.

The intensity and mid/side stereo are the two methods of encoding joint stereo.

IS (Intensity Stereo) is a more destructive and rarely used mode of Joint Stereo based on the fact that the perceptual system has difficulty locating the position of very low and very high frequencies.

There is only one sub-woofer in a surround system, rather than two speakers for the mids and highs if you think about it.

The sounds from the left and right double speakers are combined and encoded into a mono or single channel at a unified frequency.

This is not criticized because most listeners cannot or rarely distinguish the direction flow of sound at very high or low frequencies.

Instead of combining audio files from different channels at the same frequency, this encoding method combines the two channels’ total or average into the middle, and only the Centre files are encoded.

Joint Stereo Vs Stereo, Which One Is Better?

Choosing a side in this battle of joint Stereo vs. Stereo is a matter of personal preference because everything has advantages and disadvantages.

In rare cases, encoding MP3 files in full stereo format can cause issues.

Some music, for example, contains sounds that have been purposefully phase-shifted, which means that one of the stereo channels has been shifted relative to the other to produce a particular effect known as a phase.

Certain parts of the stepped frequencies can cancel each other out when sections of a stereo track are summed in mono using the joint stereo format, resulting in distortions.

Except in rare cases such as the one discussed above, using the ensemble stereo format when encoding music does not significantly impact sound quality.

The MP3 format is a “lossy” format, which means that its compression method always results in some quality loss compared to the source.

Summarizing song sections in mono using the entire stereo format undermines actual stereo separation, but this is only relevant if you intend to perform high-level editing on the file.

If available, there is no reason not to use the joint stereo format for general purposes.

It will provide sound quality comparable to standard Stereo while reducing file size.

01. In a nutshell, what is joint Stereo?

Joint-Stereo is the process of reducing the original stereo file size by encoding some parts of the sound into a single channel.

02. Which is superior, Stereo or mono?

When recording an environment, the distinction between mono and Stereo is stark.

Because humans hear everything through two ears, a stereo recording is much more realistic.

03. How do I alter the audio on my PC from Stereo into mono?

There is a specific option in Windows 10 to completely alter the tune from Stereo into mono.

Just go to settings, then to the Accessibility section to find it.

Then, in the other options section, look for what we’re looking for: mono sound, which you must select to enable.

04. What is the best method for joint encoding?

In this mode, the encoder looks for points that the Left and right channels share.

It employs MID (sum of Left + Right) and SIDE (difference of Left-Right) and encodes the Side channel with fewer bits.

05. What is the most important use of a stereo?

Stereo is the abbreviation for “stereophonic sound,” It should be understood as the use of more than one independent audio channel to achieve a feeling as close to natural listening as possible.

When it comes to Stereo vs. joint Stereo, whether for playback or recording, the best option is to increase the quality of songs that don’t have a lot of difference between channels, or in low Bitrates, use the joint Stereo.

Remember that in high Bitrates, the standard Stereo is preferable.

There is always something new to learn.

Knowing how it works and how to work with different types of signals is an excellent place to start.

Regarding this and other topics, questions will always arise where two essential tools come in: research and practice.

Although research knowledge is critical, there is no substitute for good old-fashioned exercise.

Here are some links to two videos for a more in-depth understanding.